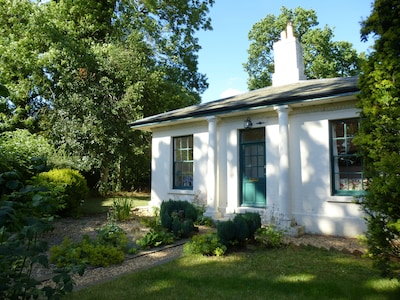 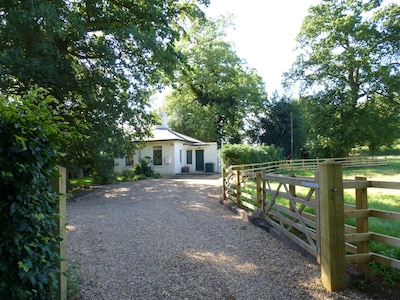 A delightful single storey property set in a beautiful garden

super king · single (2)
This bedroom can be either a king size bed or 2 single beds.

The Bragborough Hall estate is owned and run by the Phipps family. We have a working farm rearing beef cattle and arable crops. We are situated on the Northamptonshire/Warwickshire border near the historic village of Braunston. The village of Braunston is renowned for its historical role as a hub of the national transport system during the late 18th and early 19th centuries, being on the junction of the Oxford Canal and Grand Union Canal. Bragborough Hall itself has a wonderful history, having contributed significantly to the country’s war efforts in the past. Between 1939 and 1945 during the Second World War, the Hall was used as an evacuation maternity hospital from London’s St Barts Hospital and Hackney Mother’s Hospital when both suffered bomb damage.