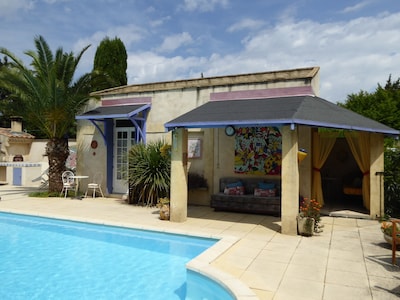 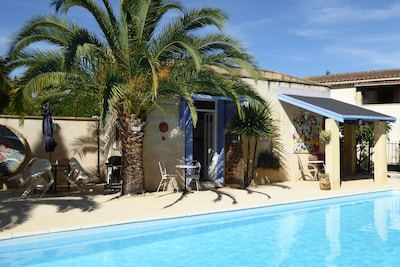 We are Keryn and Kerrin Webster, a couple of enterprising and itinerant Kiwis. Originally from Taranaki on the North Island, we left our homeland New Zealand back in 2003. Keryn grew up on a farm and is clearly drawn to life in the countryside, wherever that countryside might be. When we left New Zealand it was partly to see more of the world but also so that Kerrin, a highly competitive squash player, could participate in the World Masters Squash tournament in Finland. The original intention was to remain abroad for a year – part of the Overseas Experience package that many of us Kiwis take up – and consequently our jobs and our house were waiting for them. Those plans didn’t quite work out as K1 and K2 (as our friends know us by) had intended, embarking on travels throughout Russia, Scandanavia and Italy before settling in Leeds, Yorkshire’s foremost city. We already had friends here, and soon found work . Six months after leaving New Zealand, we were caught up by all that Europe had to offer. Serendipity plays a significant part in what was to happen next. Always keen to see a new part of the world we managed to book ourselves into Mas Saint Antoine where we got to know the owners better, we immediately hit it off and as a consequence we were offered the opportunity to manage the Mas the following season. It seemed too wonderful an offer to turn down Thus the twelve months were spent becoming fully acquainted both with the beautiful part of Southern France in which they were now residing as well as discovering what it takes to cater for the needs of a variety of guests from different parts of the world over the course of a year. Mas Saint Antoine obviously got into their bloodstream because, two and a half years later, when the business came up for sale we set about finding the funding and here we are.

Keryn Webster purchased this Cottage in 2008

Coming from New Zealand where camping or caravans are far more common for touring holiday-makers, the French gîte was a concept worth becoming more fully acquainted with. Although the French term used simply to refer to any kind of shelter, gîtes these days are more specifically self-catering holiday homes. Most gîtes are converted from former barns or cottages, often on private property close to the home of the owners, who are likely to live on the property all year round as at Mas Saint Antoine. It’s appropriate, therefore, that Keryn grew up on a farm and is now making her living from the way in which many French farmers have augmented their income in recent times with the growth of the tourist trade. Mas Saint Antoine is in a rural location but is on the edge of a small village – Rognonas One of the appealing facets of Mas Saint Antoine is that so many of those who book have holidayed here before – the perfect recommendation that previous customers have been more than satisfied. Similarly, the number of bookings received because of referrals – past clients encouraging friends and family to come and see the Mas for themselves – living and working here has given us the opportunity to make many wonderful friends from around the world.

Rognonas is only a short drive or bus-ride away from the breath-taking beauty of the walled medieval city of Avignon, one of France’s chief visitor attractions. Nearby is the village of Chateaurenard, dominated by its hilltop ruined castle, and where, typically of many such villages, local or provencal markets take over the streets on a Sunday. The range of places to visit within an hour or less of Mas Saint Antoine is almost endless. Nearby is the enchanting village of St Remy where Van Gogh lived and painted for a time. Not surprisingly, therefore, the area is renowned for its sunflowers besides its lavender and wild poppies. Vineyards and olive groves predominate, lending the landscape its distinctive personality. Those who are interested in ancient history will find the area truly remarkable – there is an extensive Roman site at Glanum, just outside St Remy, with substantial Roman remains such as amphitheatres to be found at nearby Arles and Nimes, not to mention the astounding triple-decker Roman viaduct, the Pont du Gard, readily accessible. For those inspired by medieval architecture, there are castles and monasteries aplenty: and perhaps the most appealing of these, a medieval village and fortress known as Les Baux, also affords superlative views over the countryside and towards the distinctive range of mountains called Les Alpilles – the little Alps. Then there is the Camargue which is Western Europe's largest river delta. A vast plain comprising large brine lagoons, the Camargue is cut off from the sea by sandbars and encircled marshes which are themselves surrounded by farmland - a third of the Camargue is either lakes or marshland. The central area has been protected as a regional park since 1927 as a haven for wild birds, particularly flamingos. The region has also become famous for its distinctive wild bulls and horses.