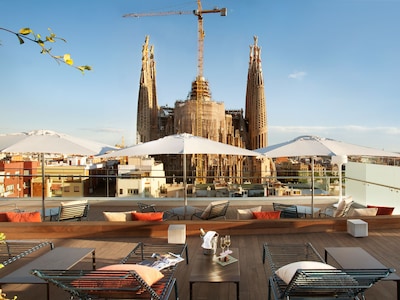 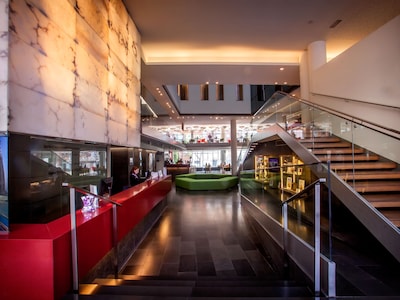 Very close to and a great view of Familia Sagrada!

Everything about this hotel was excellent; the friendly and helpful staff to the food and drink. Nothing was any trouble!

Staff was very helpful. We felt safe staying there.

Hotel was in a great location 😍

Our experience in Barcelona was amazing .The hotel employee were excellent we never miss home 🏡.Actually we feel like home.We are in love with Barcelona .Our next vacation will be Barcelona again.

Thanks everyone for make our vacation experience happy 😊.

Breakfast at this hotel was dreadful. Staff were not interested in taking your order, and when they did (I ordered scrambled eggs and a couple of sausages) the pork sausages were raw. I can eat steak tartare and sushi but when it comes to things like pork I draw the line. When I pointed out that the sausages were raw, staff argued that they weren't raw - simply not true. The sausages and scrambled eggs were eventually taken away (not doubt to cool the eggs off so that they would be icy cold when they came back) with the intention of re-cooking the sausages. After a period of waiting I left and went to the front desk to register my complaint, indicating that for a hotel of this quality should have a breakfast restaurant of equal stature. Upon my return I was informed that the sausages were cooked but this incident coupled with the fact that there were flies attacking the buffet made me decide that the better part of food preparation was to leave the eggs and sausages where they stood.

all the sights . Room very clean , bed very comfy and the staff were extremely helpful and polite . Would definitely stay here again .