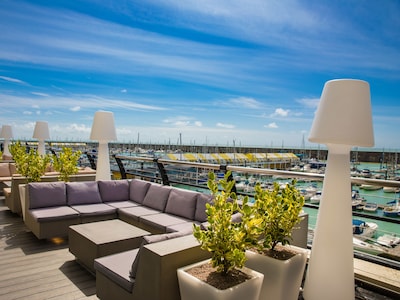 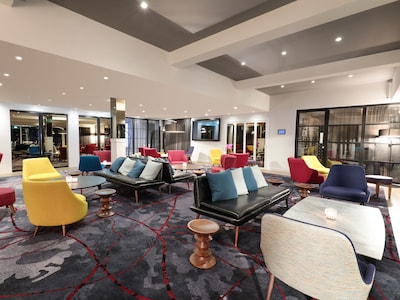 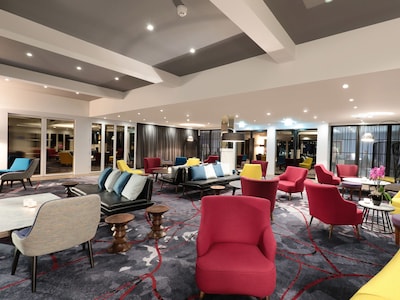 Used to be better

We stayed here when it was the Seattle, so were looking forward to it.

We arrived at Reception which was unstaffed, I had a look around but couldn't find anyone. After a while the phone rang and a member of staff came rushing out of the back office to answer it ignoring us in the process. Not great.

The hotel did heed my request for an upper floor room which was good, the room was ok but small, style over substance and comfort. Somewhat bizarrely, it had a dog bed and water bowl by the patio doors which we most certainly never ordered.

It was quiet enough until 8am when a workman started drilling outside our patio doors at 8am, fortunately we needed to be up and out reasonably early.

At breakfast it took a long while for anyone to notice us and take an order, by the time my cooked breakfast finally appeared, about half an hour, the toast was cold so we asked for more. When it arrived it wasn't toast, it was still bread, when we sent it back we could hear comments being made about us. Incidentally they can't cook bacon, the fat wasn't rendered in the slightest, but since I actually wanted to finish my breakfast that morning I never bothered to say anything.

So overall not awful but certainly not what it used to be, shame.

We like the Malmaison chain but our experience here was not good. The rooms are tiny and with two of us there was not much room to move. Almost non existent hanging space in a cupboard also containing mini fridge, ironing board and tea tray. On the first day we went out at 1030 and returned at 4.00 but neither our room nor our daughter's next door had been serviced. Housekeeping eventually arrived and bathroom was cleaned but we declined the bedroom on the basis there wasn't room for us and the cleaner and the hoover. Our daughter declined altogether. Later it was time for a drink before dinner. We usually love the Malmaison bar but waited 35 minutes for three drinks in a bar half full and not particularly busy. Continental breakfast in the room was good if only the trays hadn't sat there festering all day and the cooked breakfast the final morning was good. I expressed my disappointment with the general service on checkout but I fear it fell on deaf ears which for two nights that exceeds £1000 was not good enough.

Goung to come back next year.