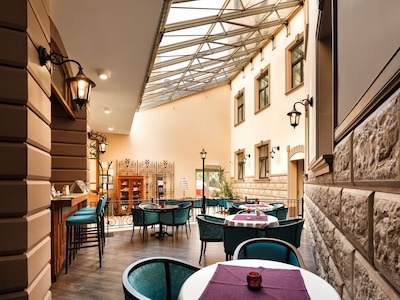 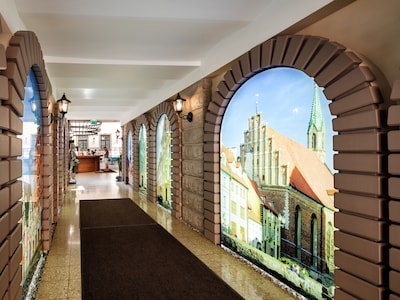 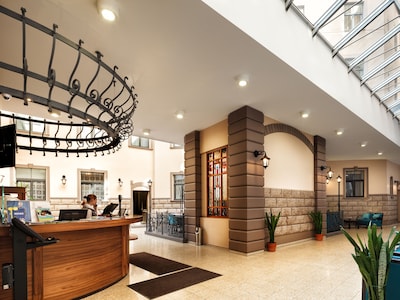 Spent five nights in this hotel in mid-September 2017. Hotel has very helpful staff and is clean throughout but the room and breakfast were disappointing to say the least.

One spare power socket in the room, several yards from the (small) table. Asked for an extension lead and got it. Moderate WiFi with many PCs connected all day, many of them the hotel's own equipment I suspect. Bathroom small and basic (other rooms have much nicer bathrooms) but fitted with a well-made, basic shower cubicle. This was mounted directly on the floor, so the run-off did not drain adequately. However, there was plenty of hot water and the water pressure was good. The heated floor and towel rail made the thin (but adequate) towels nice and warm.

I'd asked three weeks in advance for a double bed and was given three singles. On requesting to be given what I'd asked for, I was offered a small room with a nice bathroom and two single beds. I'm not convinced the hotel is aware of what it has on its inventory. No double bed so I kept what I had. Decent TV.

The bedroom window opened directly into the reception area, so it had no source of fresh air and with the window open, it got a bit noisy, though not ridiculously so. A smaller window in the bathroom opened to the outside world.

Breakfast. Oh Lord, it was awful. The 'hot food' was cold on 4 days out of 5 and barely warm on the fifth. The rest was unimaginative and much of it completely tasteless. Even the coffee was poor. A disgrace.